This is an incredibly difficult post to write, so please bear with me.

A few weeks ago, we saw a plea for help from a lady who’s mother had Alzheimers and was going to be moved into a home. They had arranged for her mother’s 13 year old border collie, Bertie, to be rehomed, but it had fallen through at the last minute, and they were desperate for a loving home for Bertie.

Seeing the accompanying pictures of Bertie melted our hearts. We instantly knew that he was an amazingly loving dog, and within the hour, we had arranged to go round to meet Bertie with Zola.

The next day, we met the family and Bertie, and as soon as Bertie saw us he came straight in for tummy rubs. We were smitten and knew that we wanted to give Bertie an amazing retirement with us.

It was already on Day One of watching his floofy bottom make its way down our stairs, that I knew he had my whole entire heart.

This next bit is hard to write.

Almost immediately, Bertie started having tummy problems. We put it down to a change of environment and introducing him to a couple new treats. We went to a strict diet of chicken and rice, and assumed his tummy would settle shortly.

What followed was 4 weeks of Bertie not being able to keep food down, and becoming increasingly uncomfortable. We spent hours with him at the vets and ran a series of tests, until finally the vet came back to tell us that Bertie had cancer and at his age, palliative care was the only the real option left.

Because the palliative care measures didn’t help, we made the decision to put him to sleep. It was the hardest thing I’ve ever done. We were both there to make sure he drifted off peacefully, having his tummy rubbed and his head tickled. I hope he went to sleep feeling like he was the most loved dog that ever lived.

But I don’t want this post to just be about Bertie’s illness, because that was only a tiny part of our story with Bertie. He was an amazing addition to our family, even if our time with him was only short.

To make sure I didn’t forget my favourite memories of him, I have written them down:

Things I love about Bertie

Thank you Bertie for bringing so much joy, love and light into our family. We all miss you so very much. 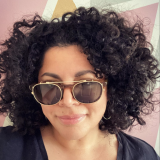