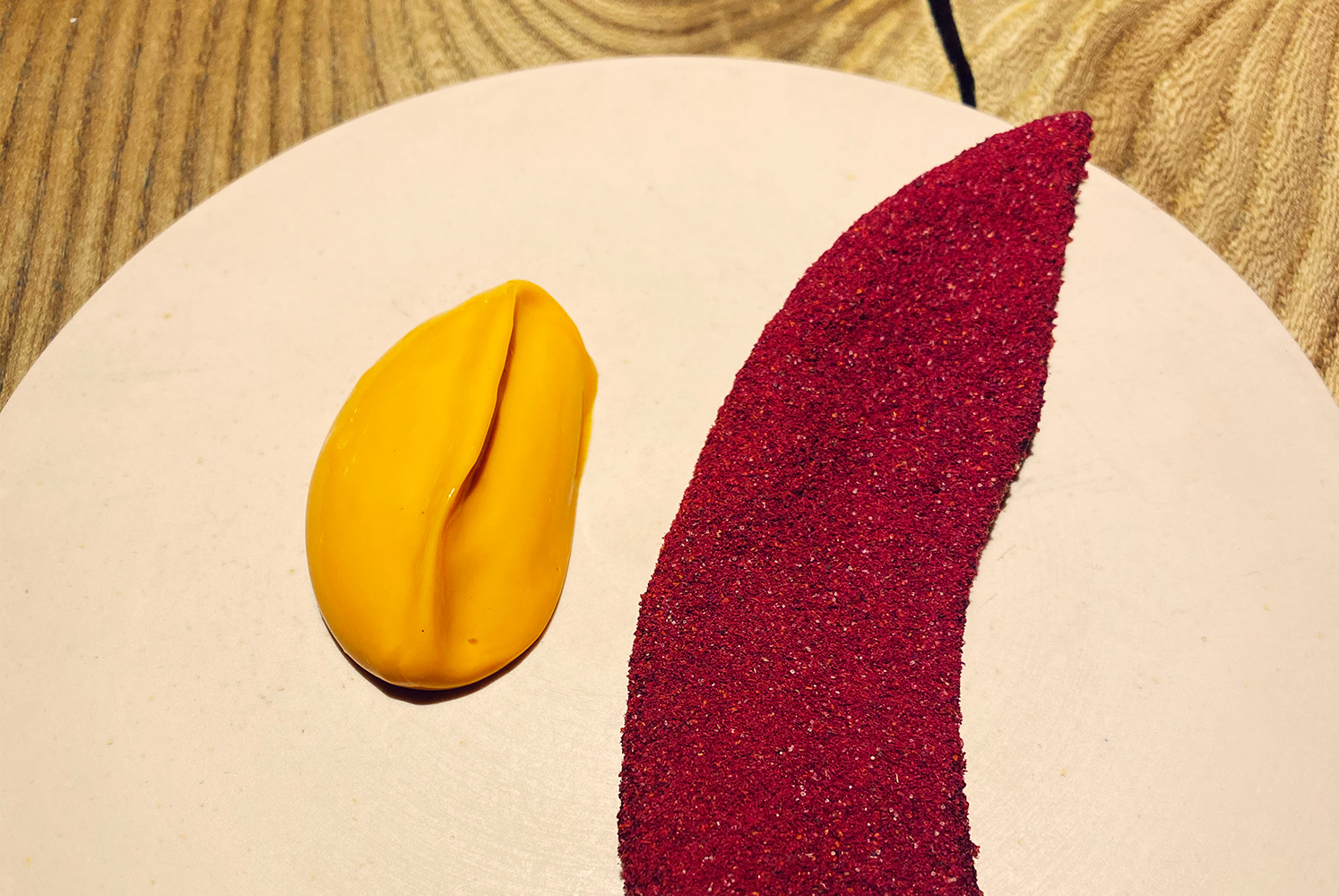 Last night, I went to Ikoyi, a West-African inspired fine dining restaurant based near Piccadilly in London, for a mammoth 10-course blind tasting menu.

Yep, you read that right. Blind tasting is when you sit down at the restaurant without having any idea what you’re gonna be eating. There’s a sample menu you can see online if you want to get a flavour of what your culinary experience will be, but you don’t know the exact dishes you’ll be having.

This was the first time I’ve been somewhere with blind tasting, and I was a little nervous to be completely in the dark. However, the fact that Ikoyi has a Michelin star reassured me that the chefs know best, and that everything will likely be very delicious.

Okay, so lets get to the food. Don’t come here thinking you’re going to have the jollof your mum makes at home. While this restaurant is West-African inspired, the chefs Iré Hassan-Odukale and Jeremy Chan, have taken the flavours and spices of West Africa and combined them with their own perspective.

This is what I ate!

I actually think this was one of my favourite courses!

Whatever was on top of that waffle tasted DELICIOUS. I also want all my waffles to be plantain waffles from now on!

Moin Moin is a Nigerian bean pudding, which formed the base of this dish. It was topped with some sesame slathered langoustine. A very yummy bite!

This dish was cooked to perfection!

I ate this so quick 👀 The saffron veloute was incredibly flavourful and paired perfectly with the fish.

This was my least favourite course.

I’ve tried sweetbreads before and was not a fan of its texture. I tried them again here and had the same reaction. I guess they are just not for me! This was also the course I thought was the least aesthetically pleasing.

Fun fact, when the waiter announced this dish, I thought he said “Westeros Salmon” and we had a fun Game of Thrones geek-out moment 🤣

The salmon was very lightly smoked and was buttery soft in my mouth. Delicious.

This was the point that the waiter told us they had some “Fuck Trump And His Stupid Fucking Wall” spirit in.

Made from a base of pearled barley, Belgian saison yeast, and koji, this liquor wasn’t necessarily my bag but I enjoyed the spirit of ordering a Fuck Trump, very much 🤣

January King is a badass name for a cabbage. It was paired with a pear relish and a nutty sauce. Again, the chefs were able to infuse an insane amount of flavour into the cabbage and I enjoyed this dish immensely. The pear was a lovely sweet note that I could have had even more of!

One of the most eye-catching plates we were served, and apparently one of the standout dishes on the Ikoyi menu!

This is an intriguing mix of plantain, raspberry flavours and a ton of scotch bonnet! This was one of the hottest plates on the menu, and definitely a flavour bomb!

This was the ‘main’ course, and one of my faves. I’ve never had a jollof quite like it (I didn’t get to ask exactly what was in it unfortunately!). The kelp on the top was delicious as well.

The jollof was paired with beautifully cooked monkfish and aubergine, and to be honest, this would have been fine for a main for me even without having eaten the other 7 courses!

Finally, dessert time! It was really nice to have some sweetness at the end of the meal.

This was just yummy! Light, creamy mousse with a nice bit of crunchy texture at the bottom.

The last course I think was meant as a little palette cleanser, and we were instructed by the waiter to eat it in one bite.

This was like a little tiny tart with rhubarb and a orangey jelly. Eating it in one bite ended the meal on a really refreshing note, and I was actually really pleased that after 10 courses, there was nothing heavy at the end.

Scores on the doors

Food: 8/10 – the combination of spices, the interesting perspective of the chefs on West African cuisine, and the presentation of the dishes contributes to a solid 8.

Service: 8/10 – the waiters were attentive, friendly and happy to oblige.

Ambience: 6/10 – The restaurant is small and cosy, and had comfy sofa-like chairs which I loved. I marked this down though because the when we visited the restaurant was mostly empty and so it was lacking a bit of buzz.

Would I recommend? Yes, DEFINITELY. 100% please visit if you’re looking for a different Michelin experience. 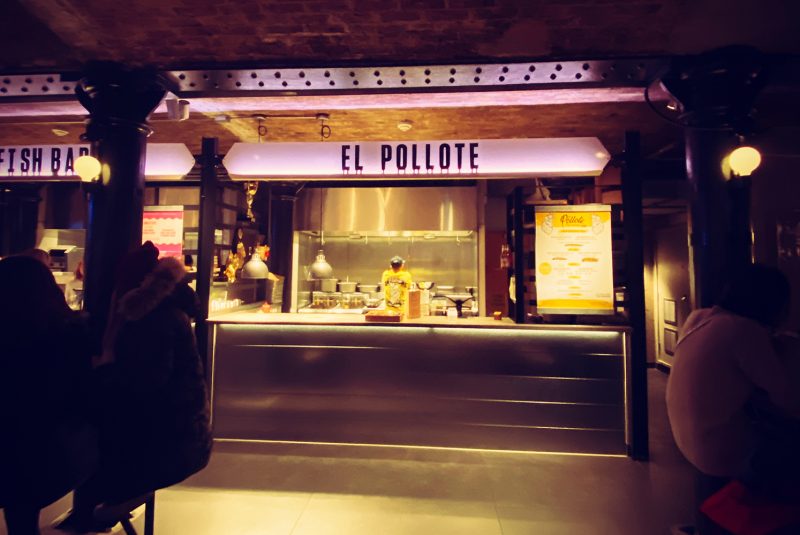 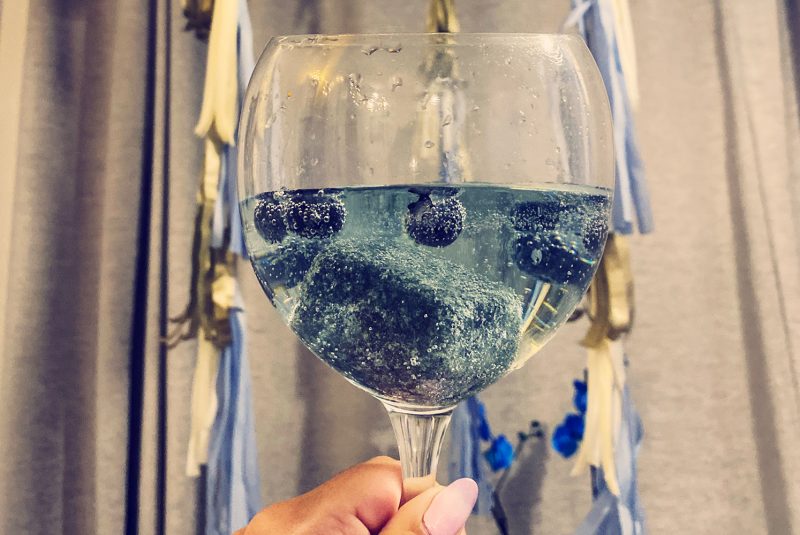 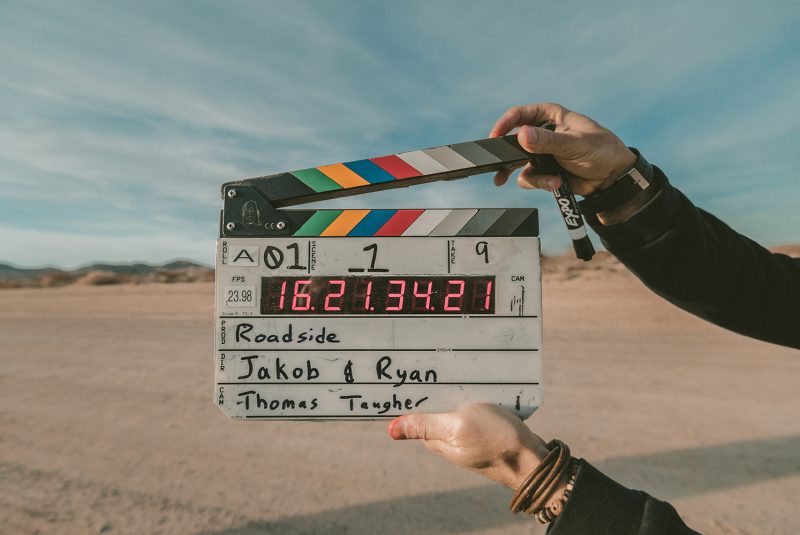 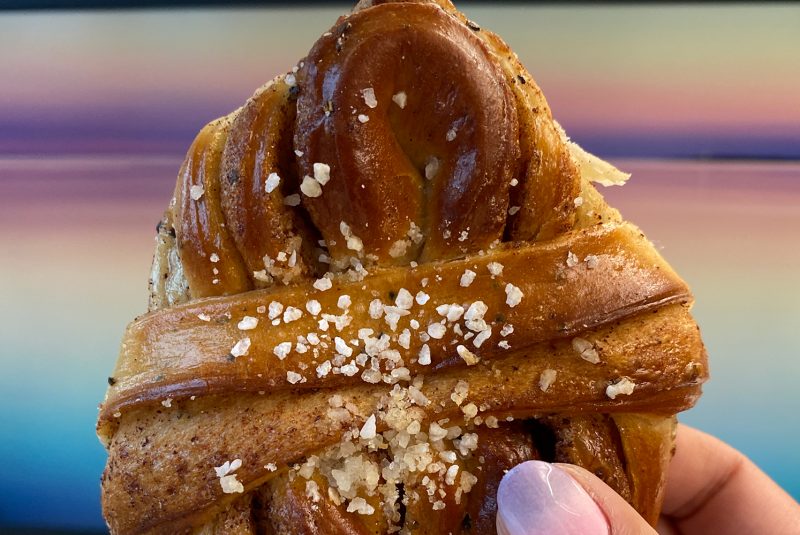 The best cinnamon bun in London